Private rocketmakers like SpaceX are on the verge of doing what the space shuttle never could: making space affordable. The consequences could be profound. 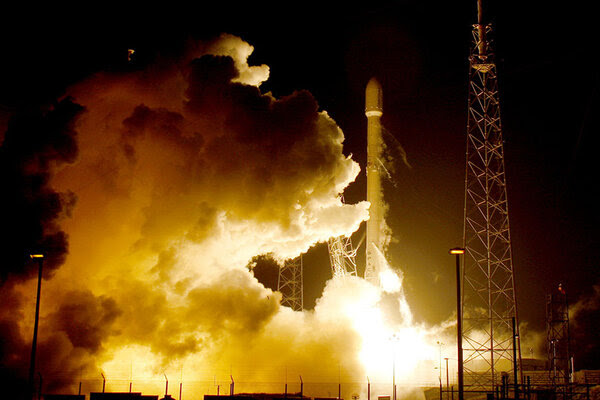 Lowering itself on a tongue of flame, the entire first stage of a SpaceX Falcon 9 rocket made aerospace history Monday night by successfully landing the same way it launched for its orbital mission: standing upright.

It's the second time in a month that one of America’s upstart rocketmakers has demonstrated a technological feat long the province of science fiction.
On Nov. 23, Blue Origin lofted its New Shephard rocket with a dummy capsule on a suborbital test flight in which the capsule returned intact and the booster landed successfully in a cloud of dust and smoke at the company's west Texas launch site.
ليست هناك تعليقات
إرسال تعليق